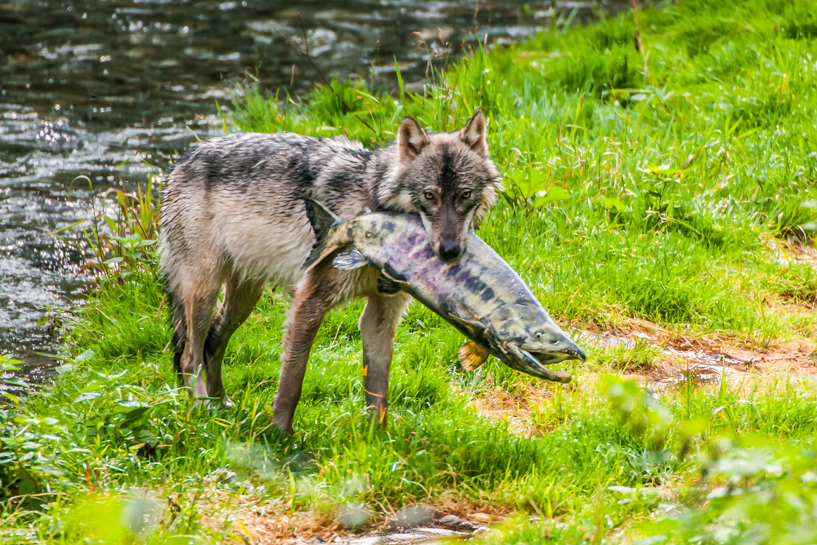 My photo of a wolf with salmon in its mouth is one of my favorite and most unique images. The photo was taken of the wolf with a gigantic chum salmon at Fish Creek, near Hyder in southeastern Alaska during the salmon spawning season in the summer. Fish Creek is part of Tongass National Forest, a coastal temperate rainforest known. Fish Creek can only be accessed by driving through British Columbia, as it’s located at the very southern tip of the state, far from mainland Alaska. You can also fly in with the mail plane or on a charter flight to access the area.

The wolves come sporadically to Fish Creek to try and catch chum salmon in late July through August and other species of salmon, such pink and silver salmon, in mid-August through September. Grizzly and black bears are most commonly seen at the creek as they fatten up for hibernation. Fish Creek offers a long platform from which visitors can safely watch the bears as well as catch rare glimpses of wolves.

Often times, I’d arrive at the creek just after sunrise to discover headless salmon laying on the sides of the creek, a sure sign the wolves had been in earlier to fish. Wolves are known to eat the heads of the fish, then leave to catch another fish. The discarded bodies of the salmon help feed other wildlife, including eagles and bears.

Every now and then, a wolf will come to the creek during daylight hours, chasing the fish in an attempt to catch one. I spent almost 14 days at the creek one summer before finally catching a glimpse of a wolf catching salmon.The first photo show below was one of the images I captured when the wolf showed up. What a day!

These photos and more of the wolf with salmon are available for commercial licensing – email me at nancy@nancywagnerphotography.com for details. Personal prints are also available on my website. 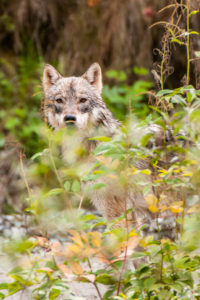 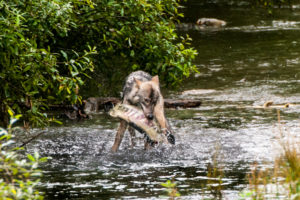 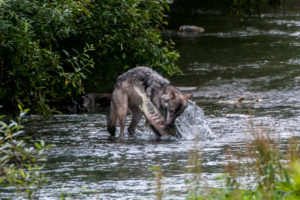 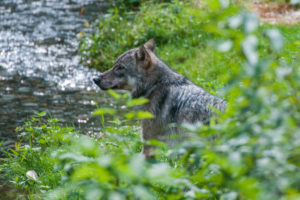 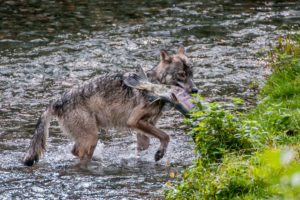 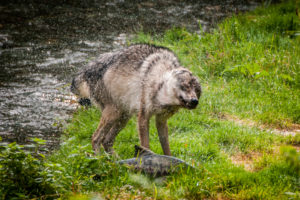 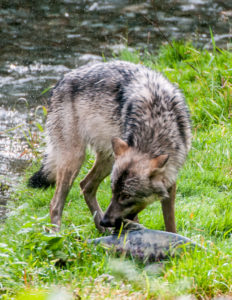